The Italian legislation on rice allows for some varieties, eg Arborio and Carnaroli, the use of compatible seeds:

The clone seeds generate a rice with the same shape as the original seed, but the difference is felt on the palate for taste, consistency and cooking resistance. In all of 2018, only 6% of Arborio and Carnaroli rice produced in Italy come from original seeds. 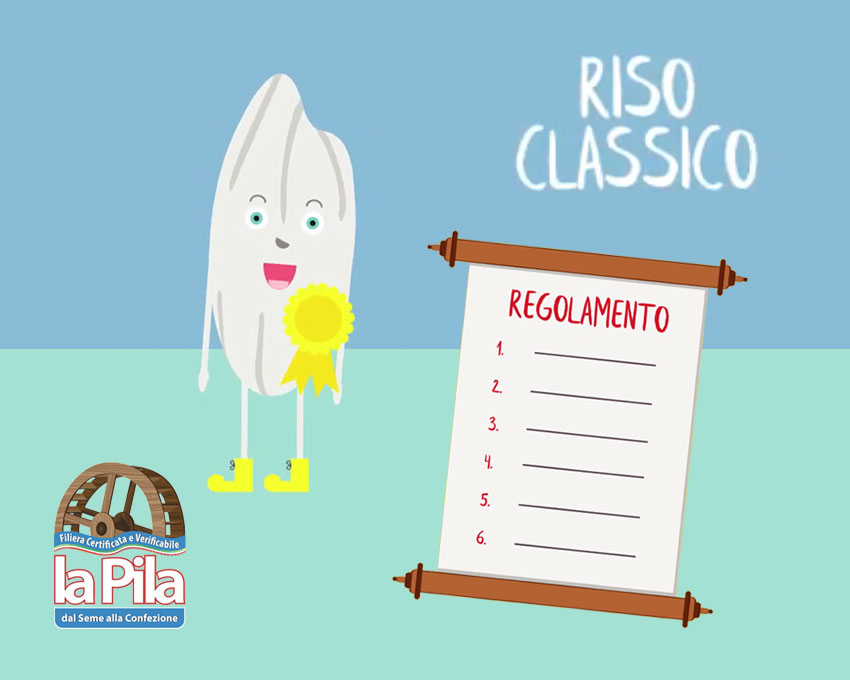 La Riseria la Pila, immediately chose to use only the original seeds in purity, having as its mission to bring to market a rice of superior quality to the most qualified competition.

Since the 2018 harvest, the “Classic Rice” legislation has come into force which differentiates the varieties of varieties:

But what does the new regulation entail?

The whole process of cultivation and transformation of “Classic Rice” is controlled by the Risi, in fact:

• Only original and certified seeds can be used and all documentation must be kept on the farm
• All documents to be sent to the RISI National Authority (surface, sowing, harvest) must carry the Classic wording
• There is a strong limitation of the quantities of seeds that can be used per hectare in order to avoid the exploitation of land
• The storage of “Classic Rice” must be well separated and well identified

The sharp reduction in production yield has limited the adhesion to the new specification of most of the Italian farms, obviously the members of La Pila Rice Mill have enthusiastically joined the new “Classic Rice” disciplinary.