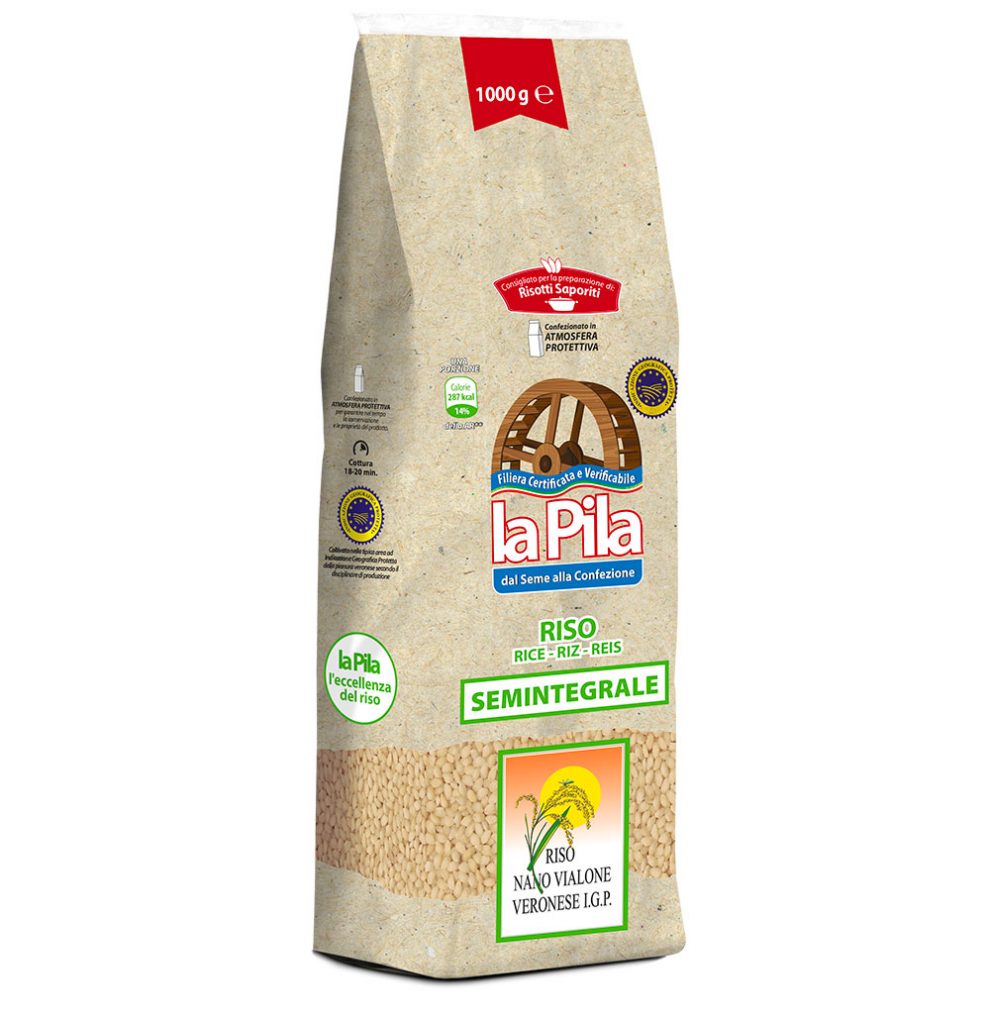 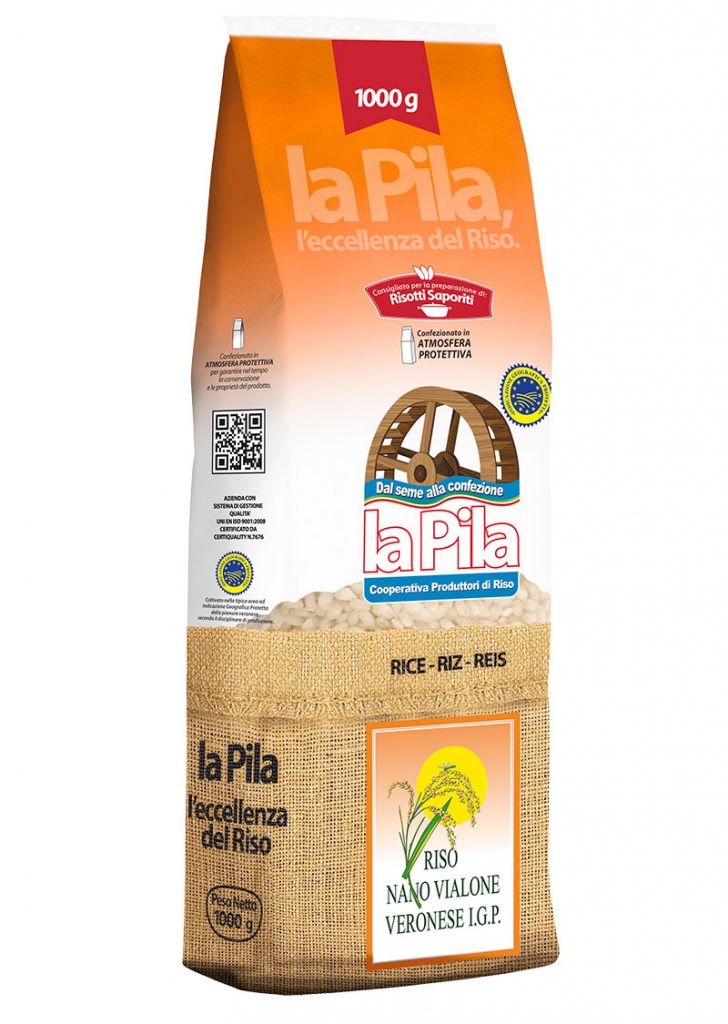 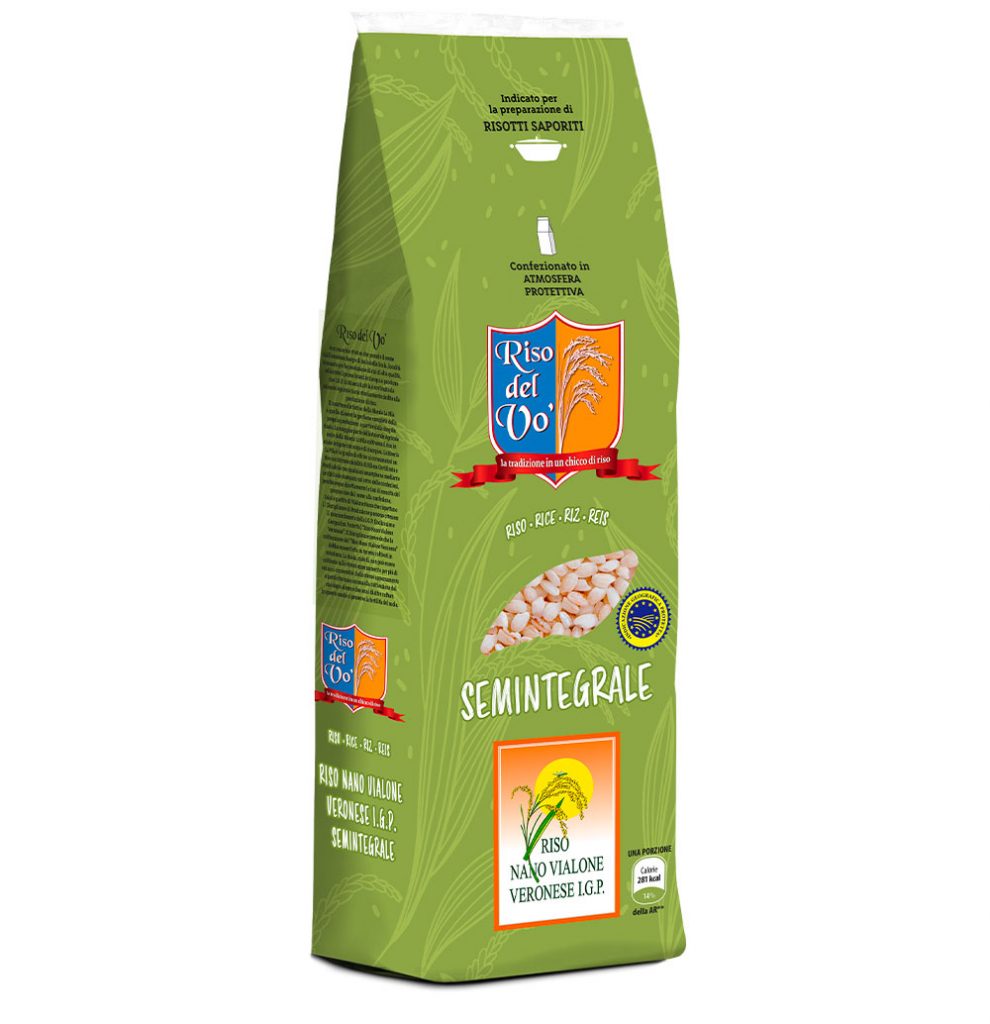 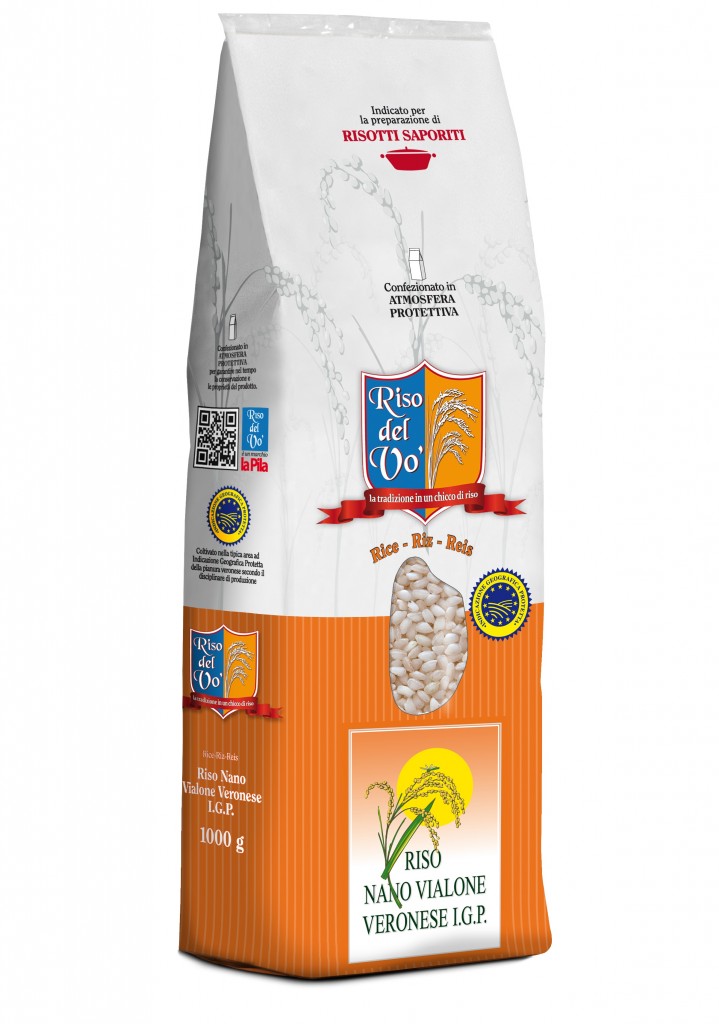 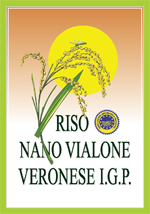 The Protected Geographical Indication “Riso Nano Vialone Veronese P.G.I.” refers only to Rice obtained from selected seeds of the species japonica variety Vialone Nano. It was the first I.G.P. granted in Europe to a rice.

The Vialone Nano rice is cultivated in the Verona plain irrigated by spring water.

This area includes the following municipalities in the province of Verona:

The Riso Vialone Nano Veronese, was the first rice in Italy in 1996 to obtain the Protected Geographical Indication (P.G.I.). (*)
Rice cultivation in the plain of Verona is only 0.6% of the Italian rice production, it can be said that it is absolutely a niche product, reserved for the most discerning palates. The Riso Vialone Nano Veronese P.G.I. is however one of the most nationally known rices, and is great the success and exponential growth in the number of visitors going through the traditional Rice Fair, which takes place every year during the months of September and October to Isola della Scala (VR), the heart of the production of Rice Vialone Nano Veronese P.G.I.
The members of the Consortium of Riso Vialone Nano Veronese P.G.I. , are all stakeholders in the supply chain: farmers, processors, rice mills and packers. The synergy between all these actors has allowed a strong development and increased rice production of the Veronese plain. In the last thirty years, thanks to the Consortium, has seen the proliferation of farms specializing in rice production, then it evolved towards the processing and marketing of the finished product packaged. The Consortium of Riso Vialone Nano Veronese P.G.I. then guarantees its purity, methods of cultivation, processing and presentation of consumption.
The undisputed quality of this Rice P.G.I. it derives from the factors that affect its production:
The specification of the Riso Nano Vialone Veronese P.G.I. presupposes that the rice is produced in the province of Verona the 24 municipalities of the plain, indicated in the specification, the rice is grown and processed according to the rules imposed by the production process and approved by the European Commission and the product is marketed in packs numbered and therefore guarantees maximum traceability throughout the production chain.
In 2020, after a four-year process, he was in the U.E. an update of the specification which now also provides for the production of Nano Vialone Veronese I.G.P. Semi-Refined, a product with more fiber and nutrients in line with consumer requests.
(*)  The first farm to obtain the P.G.I. in 1996 was that of a member of the rice mill la Pila with its brand Rice del Vo’. Currently the Rice Mill laPila can count two-thirds of the producers of rice Vialone Nano Veronese P.G.I. in the plain of Verona.
Methods of control over the product:
The National Rice Entity, is the public oversight authority authorized by the Ministry of Agriculture, Food and Forestry to monitor adherence to the Production Guidelines for the Rice Vialone Nano Veronese P.G.I. starting by farms. Our members who want to see their production recognized as P.G.I. They must undergo a strict production protocol that specifies the methods of cultivation and that sets the parameters distinctive. Also indispensable feature for the Riso Nano Vialone Veronese P.G.I. it is that it is grown exclusively in the municipalities of: Bovolone Buttapietra, Casaleone, Ceres, Concamarise, Erbé, Gazzo Veronese, Isola della Scala, Isola Rizza, Mozzecane, Nogara, Nogarole Rocca, Oppeano, Palu, Povegliano Veronese, Ronco all’Adige, Roverchiara, Salizzole, Sangli, San Pietro di Morubio, Sorgà, Trevenzuolo, Vigasio, Zevio.
Codes Reported on the packaging:
We teach you to learn to read then the code indicated on the packaging of the Riso Nano Vialone  Veronese P.G.I., for example: DC 04/13 34818, where: 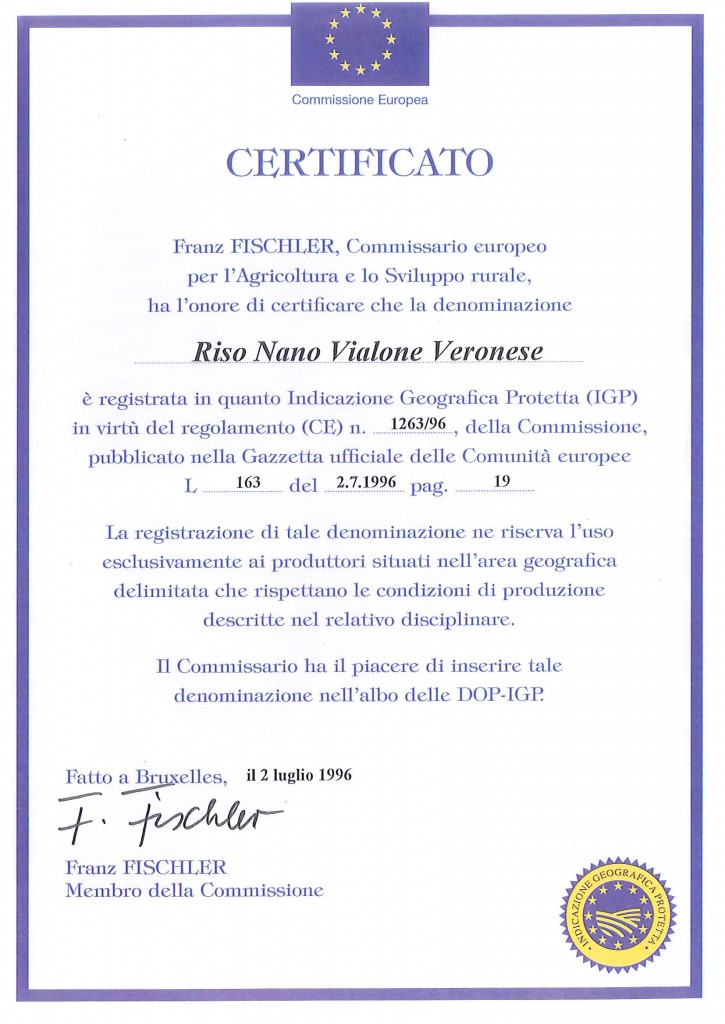 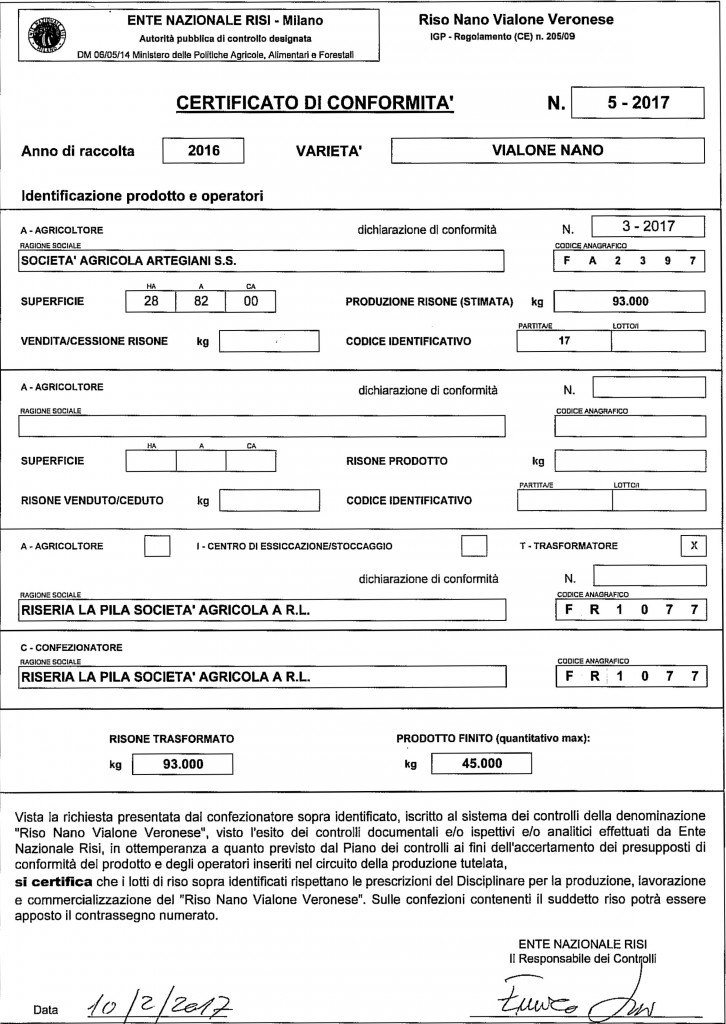